The presidential candidate of the Peoples Democratic Party (PDP), Atiku Abubakar, has cautioned President Muhammadu Buhari to channel the $500,000 and other material donation it intends to make to Guinea Bissau, to the over one million internally displaced persons in Nigeria.

In a statement by the former vice president’s campaign organisation, the PDP presidential candidate also urged the Buhari-led government to be more prudent with the nation’s resources. 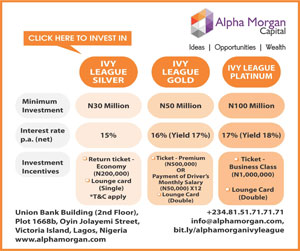 Recall that Foreign affairs minister, Geoffrey Onyema, had last week announced that the federal government approved US$500,000, electoral kits and a number of vehicles to support the conduct of legislative election in Guinea Bissau.

The minister said the substantial amount of money and other logistics are to help Guinea Bissau get out of what has been a very difficult situation for a number of years.

However Atiku, in the statement, wondered why a country whose leaders planned to sell its national assets would be donating money.

“Our response is to ask why a nation that has been officially named as the world headquarters of extreme poverty, will donate her resources to others instead of using them to solve pressing domestic problems.

“This is the same government that is so cash strapped that it has so far borrowed N13tn in three years.

“How prudent is it to go about taking loans from whosoever cares and then turn around to give out the money when your own people are suffering the worst form of poverty?

“We call on the Muhammadu Buhari administration to cut its coat according to its cloth. He should stop donating like Father Christmas. He should attend to the need(s) of Nigerians.”

The Ghost of Christmas Trash: Celeb stories that kept haunting us in 2019

How Poirier Beat McGregor at UFC 257

Here’s what you need to know: What’s next? The future is up in the air but Dana White teased a

But the company has also begun to face pressure from its corporate employees, over climate change and other issues, and

How Poirier Beat McGregor at UFC 257

What’s on TV This Week: ‘Snowpiercer’ and ‘Resident Alien’

Monitoring the Weather at the Edge of the World